Discover the secrets of your heritage-listed City Hall building with a guided tour.
With its impressive neo-classical façade, mosaic tiles, stained-glass windows and soaring ceilings, Brisbane’s heritage-listed City Hall is at the heart of our city. Discover the secrets of this magnificent building which has been the setting for many cultural, social and civic events in our city’s history.

Known as the ‘People’s Place’, City Hall was built between 1920 and 1930 at a cost of almost one million pounds. At the time it was the second largest construction project in Australia, second only to the Sydney Harbour Bridge. A highlight is the stunning auditorium, inspired by Rome’s Pantheon, which has hosted rock stars and royalty and is home to the Father Henry Willis & Sons Pipe Organ, made up of nearly 4,400 pipes. This instrument is one of only two of its kind in the world, and the auditorium continues to be integral to events that reflect our creative and connected city.

City Hall is a working civic building and some areas may be unavailable at certain times. 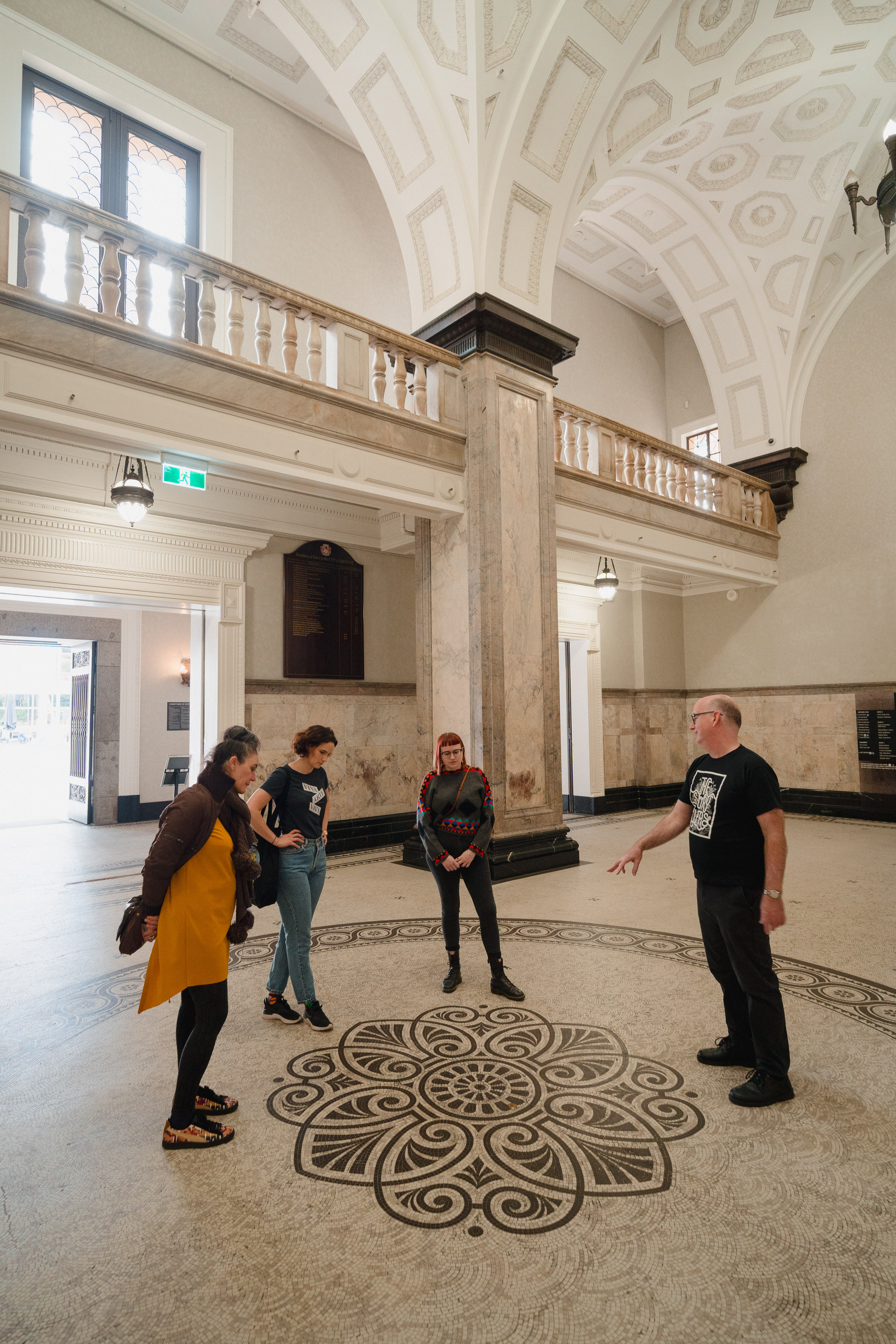