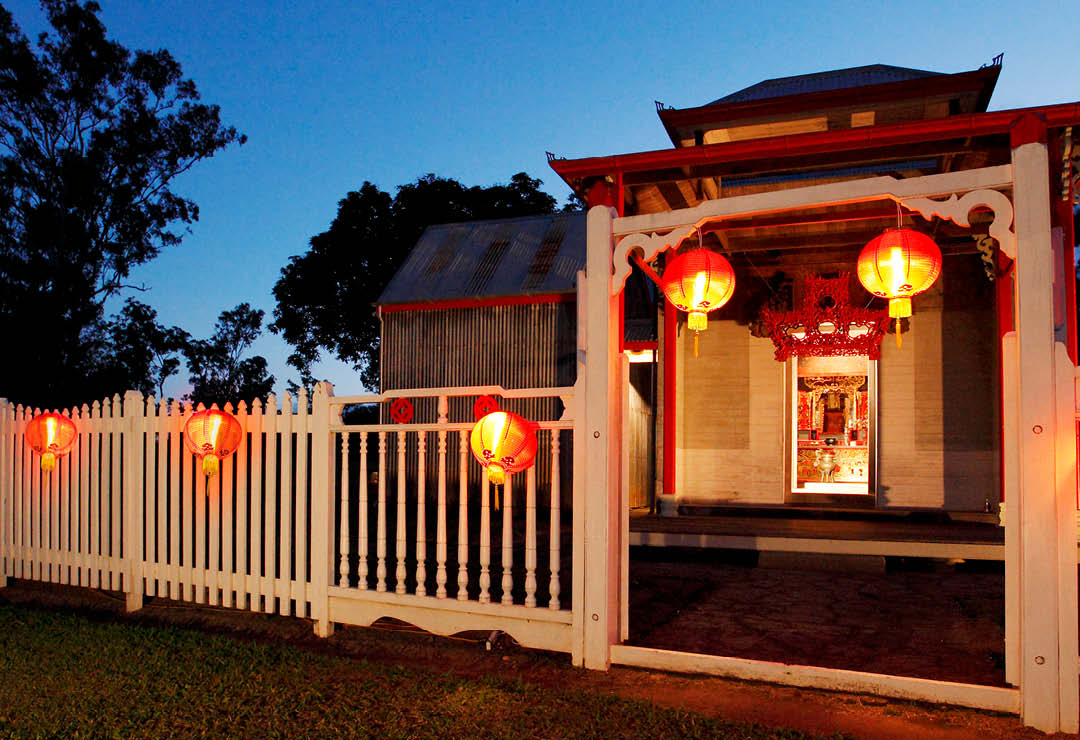 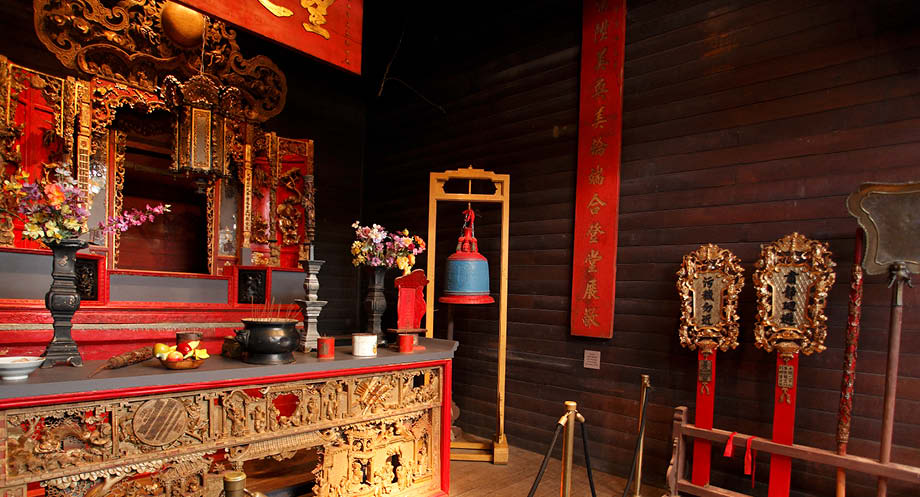 If you are looking for things to do in Atherton, you will discover a surprising interior in the rare 1903 timber and tin Chinese temple.

Located in the midst of the tropical Far North Queensland of the Atherton Tablelands is the last timber and iron Chinese temple in Australia, the Hou Wang Chinese Temple and Museum.

Donated to National Trust of Australia (Queensland) in 1979, the Chinese temple has undergone meticulous conservation of its unique, historical integrity.

Visiting Atherton, locals and tourists alike can explore and appreciate the significance of its Chinese cultural heritage. Far more than just a temple, Hou Wang Miao features a full display of cultural artefacts to engage and educate the whole family on what was once a site of social and religious significance for the region’s Chinese community.

Discover the beautifully preserved artefacts within the Chinese museum as you are guided by passionate volunteers who are brimming with facts and information about this exceptional property. It is rumoured to be the only existing temple dedicated to Hou Wang outside of China itself. Most of the temple fittings, including the elaborate carvings, bell and metal vessels, were made in China and transported to Australia.

Members from the community contributed money to fund the construction of the temple in 1903, and their names are recorded on inscriptions within the building. Located on the edge of Atherton, the Hou Wang Temple is not to be missed when exploring North Queensland.

The Hou Wang Temple can be reached by car or by the daily bus services running from Cairns, Kuranda and Mareeba to Atherton. 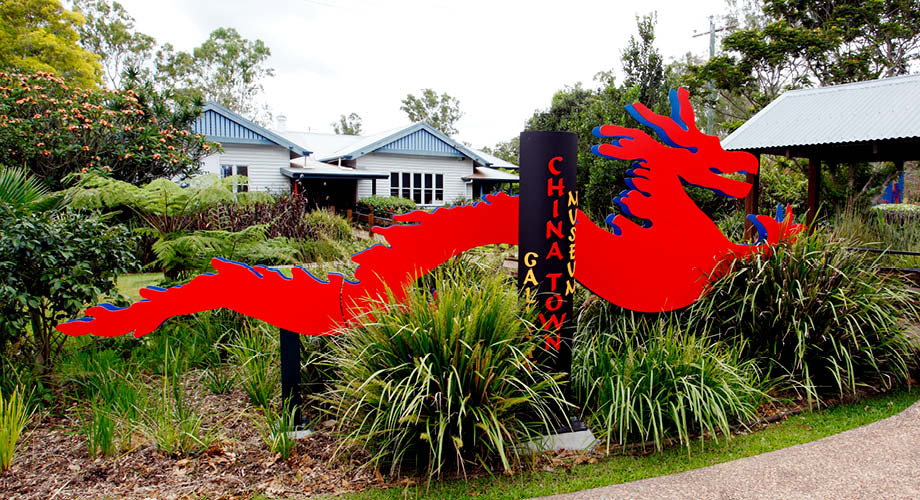 Tuesday to Saturday
10am to 2pm 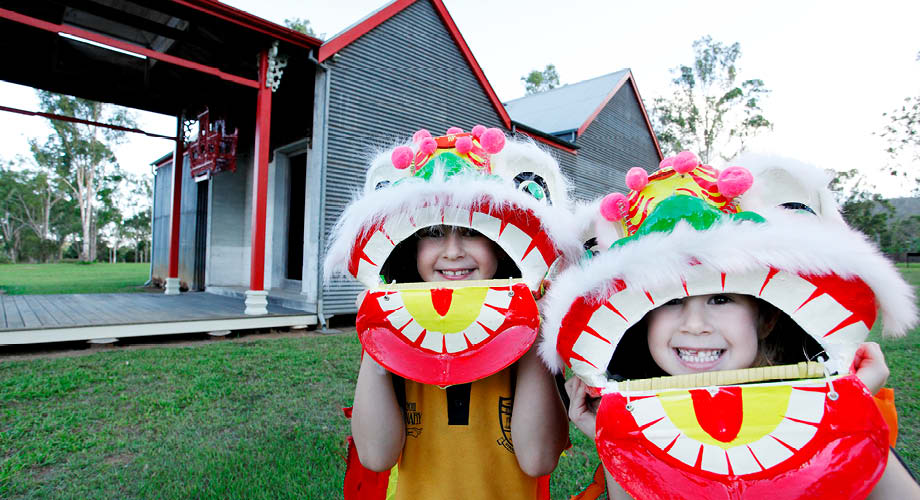 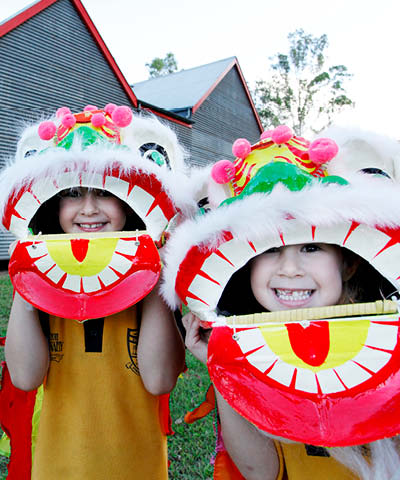 Using the stories of family life at Atherton Chinatown in the early years of last century, students will learn about the similarities and differences in family life by comparing the present with the past. 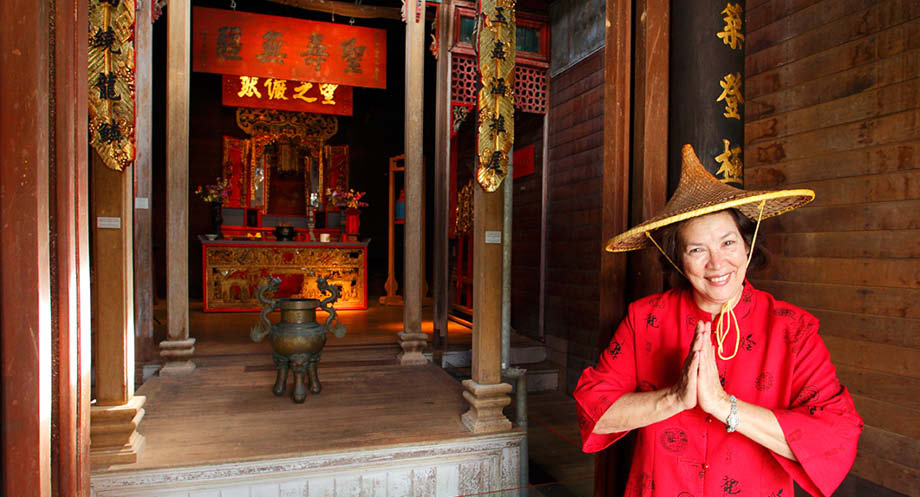 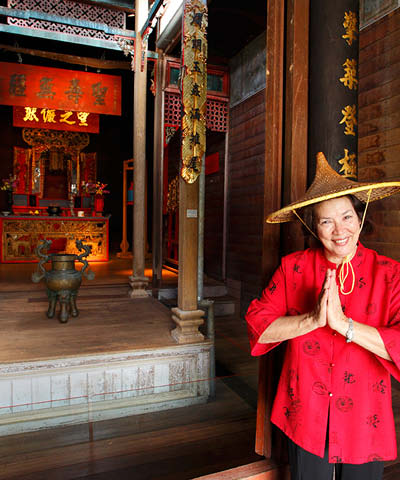 Established in 1903 by the large population of Chinese residents living and working at Cedar Camp, the Hou Wang Temple was constructed with the typical Queensland materials of timber and corrugated iron. Several decades of neglect saw the temple fall into disrepair once the Chinese population of the region waned after 1920 and a cyclone in 1956 saw the pagoda (tiered tower) in front of the temple blown down.

The term ‘Hou Wang’ refers to a title bestowed upon the bodyguard commander of the last Song Dynasty (1127-1279AD) Emperor. The commander, Yang Liang Chieh, was left in charge of the rearguard when the eight-year-old Emperor fled from the invading Mongols in 1279AD.